BRS Member
While I'm on the subject of calcium reactors, I made some discoveries regarding my ever present pH problems. I broke down and bought a CO2 meter on Amazon. Using it I found the main source of CO2 in my house is my calcium reactor. Over the years I've made a lot of contraptions in my sump to try and off-gass the CO2 in my reactor effluent. What I never realized was that I was just taking the CO2 out of the water and putting it into the ambient air of the house. I thought my exhaust fan in the basement would take care of that but the CO2 meter shows that it doesn't. The readings in the basement around the sump can be up in the 800ppm range. I've been spitting into the wind all this time.
So after some brainstorming, I modified one of my contraptions. Fresh air is pumped thru the bottom of this while reactor effluent drips down from the top. It's filled with arm media. As it drips down, the effluent is exposed to outside air. This moves the CO2 out of the water and into the air. 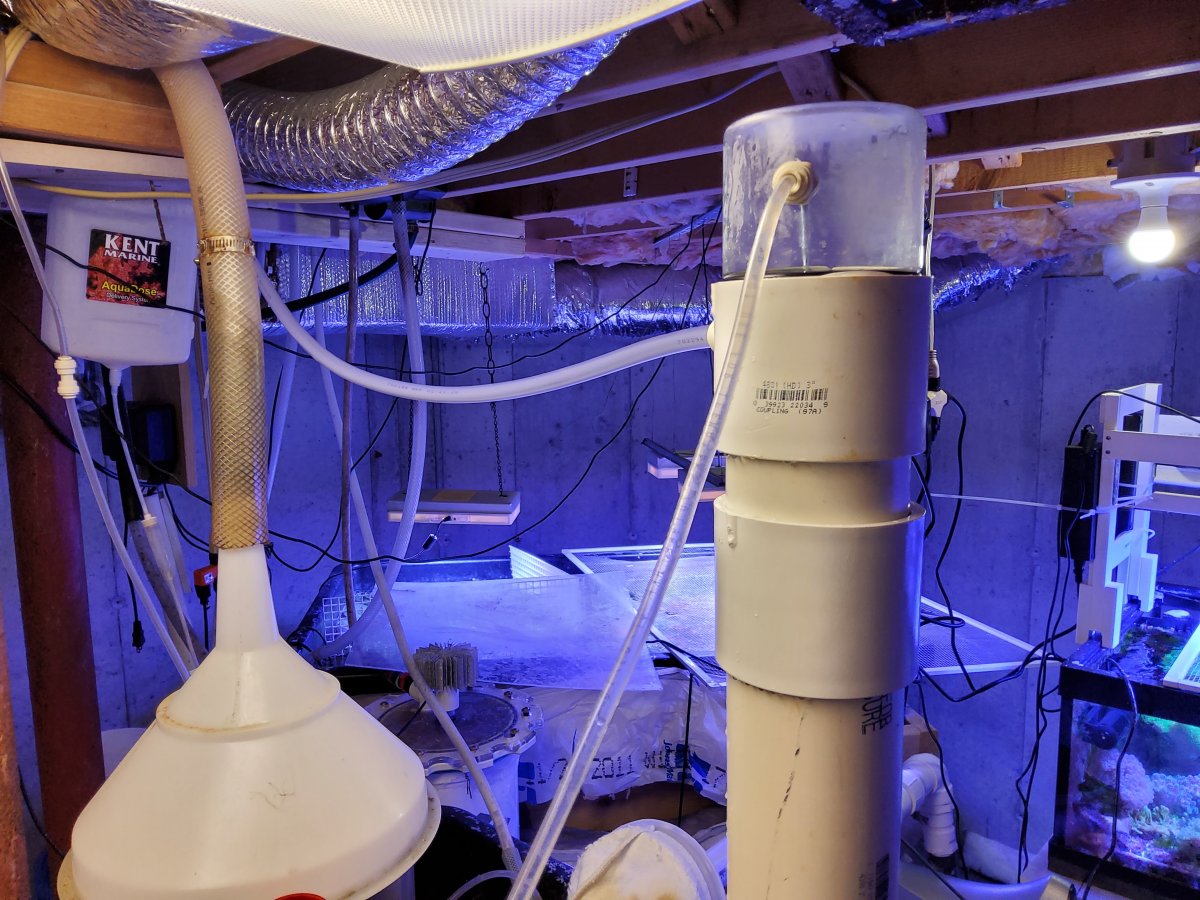 But instead of that CO2 loaded air going into the room, I vented the thing so the air goes back outside. I basically sealed it. CO2 levels have dropped 200ppm in the room.
Its such a mess down there with all the holding tanks and equipment. I can't wait for the new tank so everything is cleaned up.