BRS Member
I have a filefish that was part of a bonded pair I bought from divers den, They did their job, wiped out all the aiptasia in the DT but then started going after polyps from some toadstools, a Pocillporra and some LPS I had so not reef safe once the aiptasia is eliminated. I moved them to my sump and they wiped out the aiptasia there as well. Unfortunately one of them got stuck to a pump and died, I actually though they both passed but the other has started coming out again and need to rehome.

I am looking for $25. here is a pic from when I got them about a year ago, pics from in the sump are near impossible. 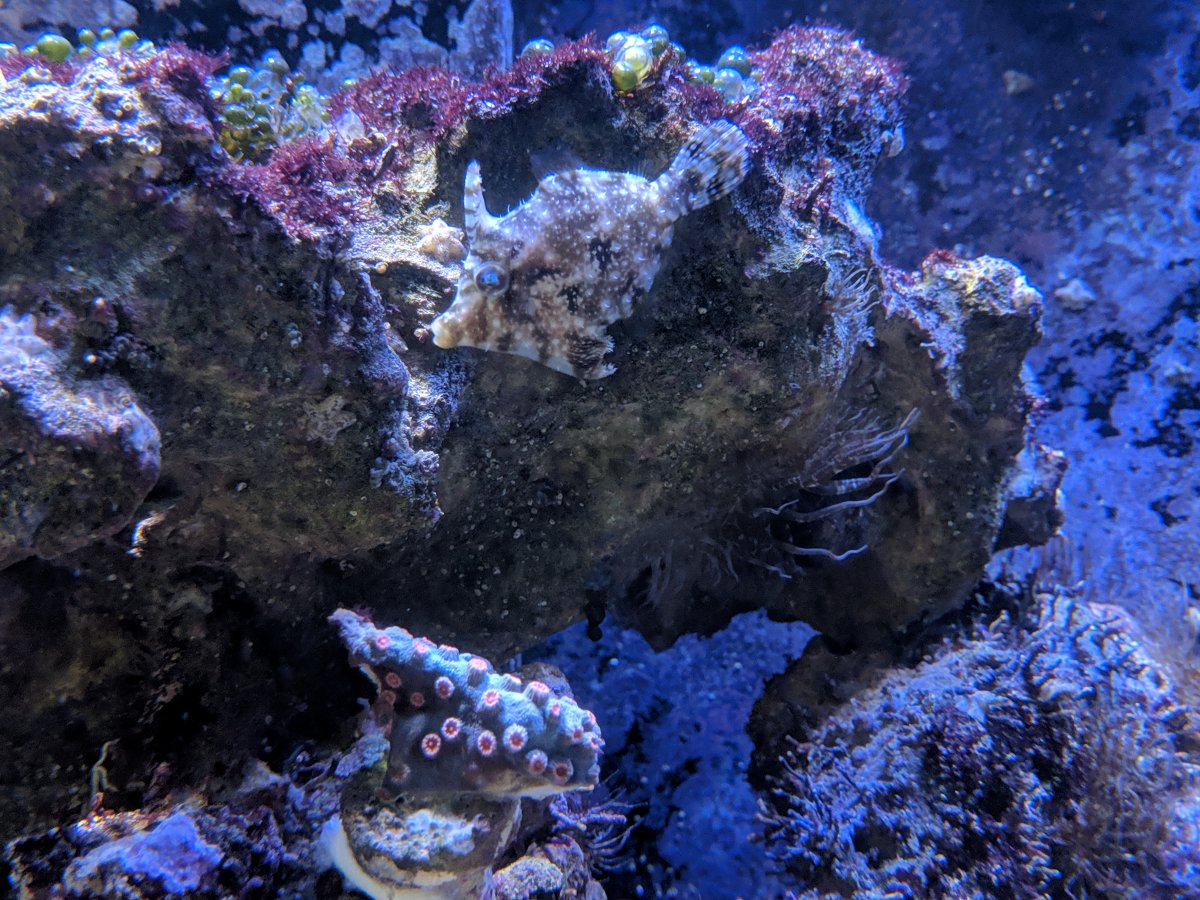 Pick up is in Leominster Mass

BRS Member
I’ll take him if he or she is still available. Please advise

BRS Member
Back up and available, if you can come this weekend I will let it go for $15. Available till 3 today and tomorrow after noon time.
This is a Biota captive bred and was teeny tiny when I got it so no more that a year and a half old.

I have held too many times and feel bad it has spent soo much time in my sump. I did put it back in my DT to get rid of Aiptasia that started popping back up which it took care of for the most part but it likes to munch on a few of my corals so could not leave it in there for long.
If you are wondering it likes to munch on my TRN weeping willow toadstool but completely leaves my other leathers alone including my solomon island Toadstool and took a good chunk out of my pink frogspawn. It is great at wiping out Aiptasia though so weigh out the risks.

BRS Member
Where are you located?

Gene. said:
Where are you located?
Click to expand...