I've been stalking around here for a while and thought I should finally join the group and say hello. I started my first reef tank in 2006 and I've had some sort of reef tank since then. It's never been a show stopper but its always been fun. Most of my years of reef keeping have spanned graduate school etc so my tank/gear solutions are on the cheaper side. My tank's biggest enemy over the years has simply been neglect when life gets really intense the tank always takes a bit of a nose dive. I've been trying to solve some of those issues recently by automating more stuff...Which is wonderful while its all working well . Any way, here's some pictures of my current tank: 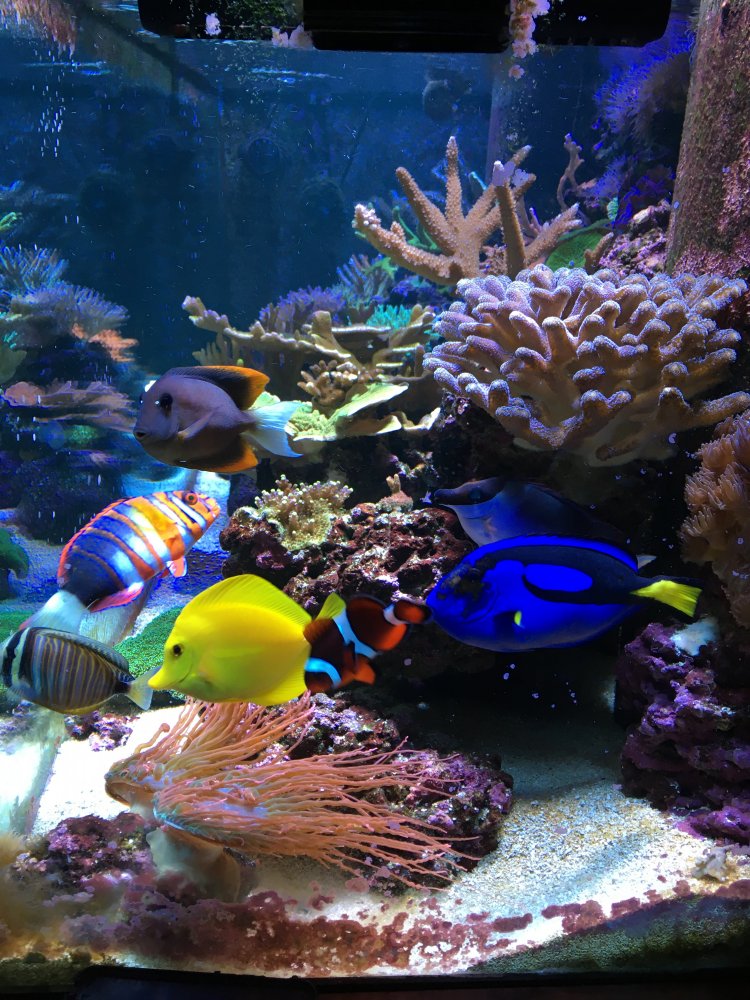 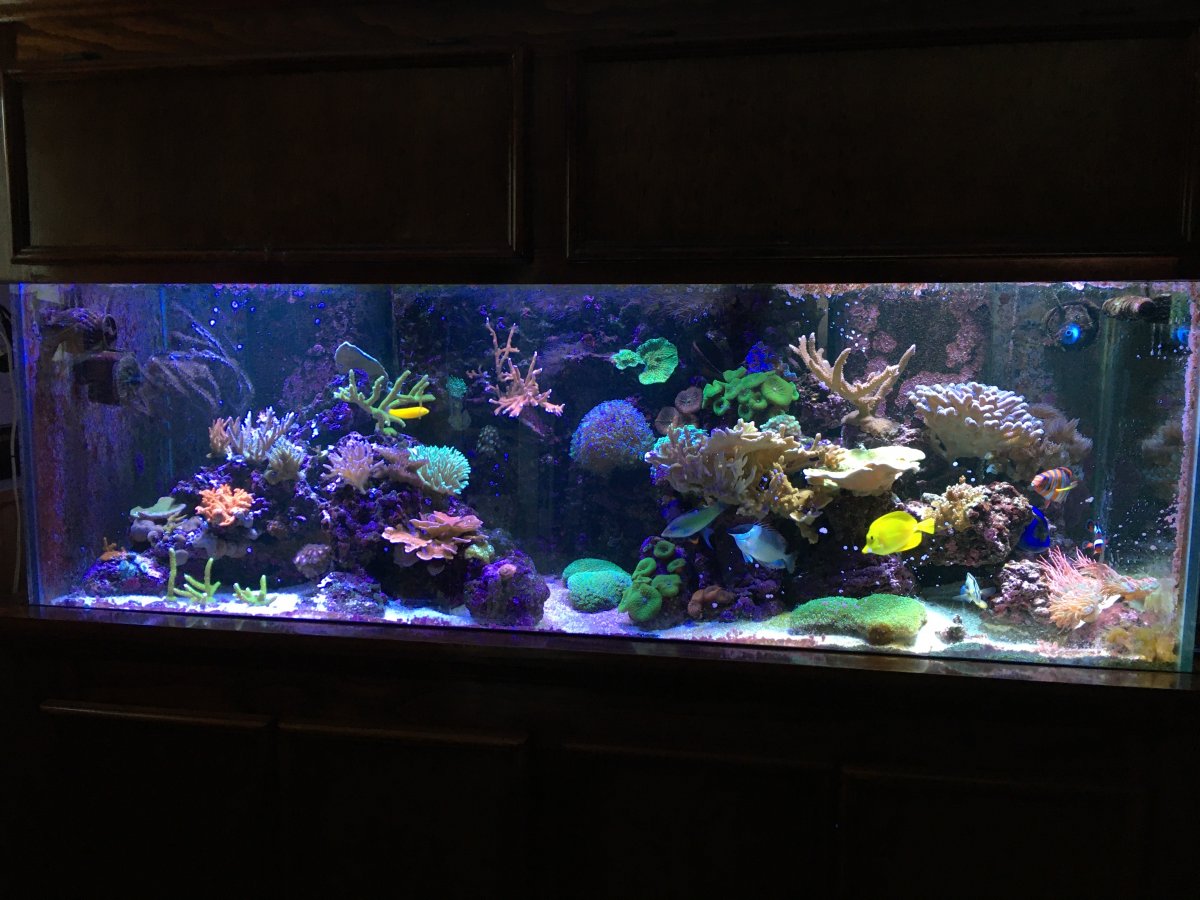 Some specs:
180g AGA mixed reef. I run MH over the the sides where most of my acros are, and a reef breeders LED unit over the middle with the % turned around 20% to help my lower light stuff. My sump is a rubbermaid feed trough (100g I think) that's plumbed into a fish room behind my washer/dryer. I run chaeto in the sump, use a UV sterilizer, and run standard BRS two part on dosing pumps with timers. I have been adding fergon iron solution to help the chaeto and I add magnesium chloride/sulfate to my change water when the mag starts dipping down; I don't add anything else.

Over the years, I have gravitated to fish choices that live a long time in captivity. So far, my oldest fish is a Tomini tang I bought in 2009...Hopefully s/he'll live a lot longer. I love the wrasses, especially halichoeres, but find my oldest top out around 5 years or so... The only wrasse exception has been my aussie tusk, which is an awesome fish and nearly as old as the tang.

Hope to meet some of you in person when there's time!

I want a bigger tank.

BRS Member
Dont short yourself the tank looks great. Thanks for supporting the club.

BRS Member
Thanks everyone!
F

BRS Member
Welcome to the fam!